Do you ever watch the show on Food Network called Chopped? It is one of our family’s favorites; even the kids ask to watch it. And I’ve been shocked at some of the things they’ve learned and remembered from watching it… Simon regurgitated some valuable information about preparing artichokes one time while in the grocery store. It’s not something I ever make so I was surprised, he said, ‘I learned it on chopped mom!’ 😁

The kids also love to pretend they are chop judges at dinner at night. Like the show, they pretend I am a contestant, daddy too (even if he didn’t make anything lol), and then they judge my food. It’s comical most of the time.

Last night we had family over for dinner and my hubby used his smoker. We all LOVE it when he smokes something for dinner..and it had been a while. He decided to smoke a 6 pound pork loin with homemade rubs and then glazed with BBQ sauce. I wish I could share the smell with you in addition to the picture because it was SO good and the picture just isn’t enough!

I made garlic parmesan hassleback potatoes and salad, that didn’t come close to comparing to the pork loin. As my husband brought the pork in from the smoker he grinned and said, ‘you just might get chopped tonight momma!’ 😂 Haha I had to agree.

My sister-in-law brought her famous maple roasted vegetables that are a favorite of ours too! The kids had a hard time deciding who to chop so they said we could all advance to the final dessert round. However, I think daddy won, but they knew mom made the pie and Aunt Kim brought the ice cream so they felt they best not chop us! Haha! All good fun and a yummy meal.

We finished it off with apple pie, my dad’s favorite, since it was his birthday we were celebrating. 🎉❤🎈 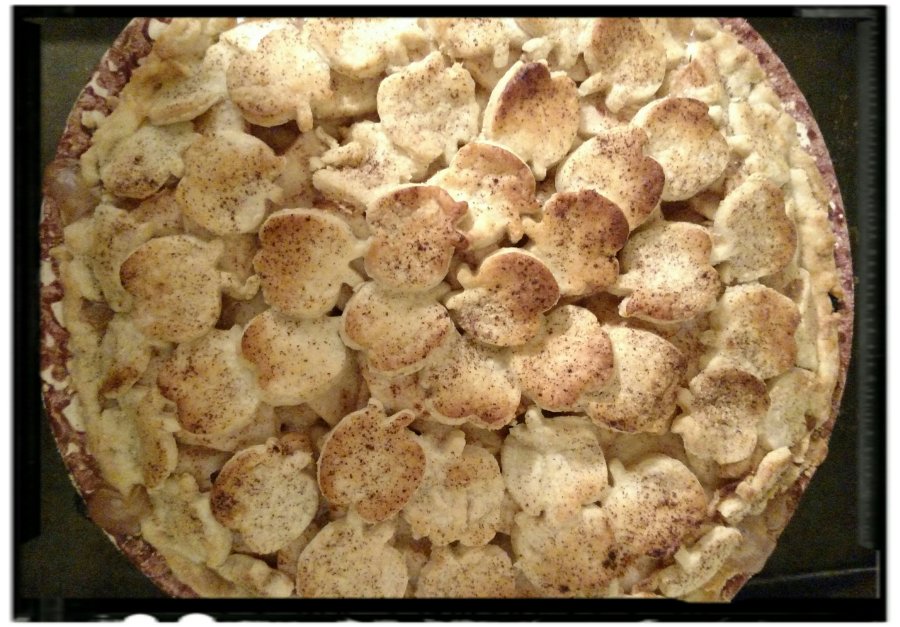