Well I’ve been baking/cooking and still running, I just haven’t made time to blog about it! Sorry!

I’m still running, more so a run/walk now, as my pelvis gets achy and feels like I’m supporting a bowling ball. (In case you wondered what it felt like running 30 weeks pregnant! 😉) I’m thankful I’ve stayed so active this pregnancy.

I’m also thankful to have passed my glucose test a couple weeks ago. I barely passed with my last pregnancy so I felt kind of doomed this time, assuming my summer ice cream cones were numbered. When in fact my numbers were the best they’ve ever been! I was thrilled! And the doctor confirmed that yes, it is probably very much related to the fact that I am running through this pregnancy. Yay! We definitely celebrated with an ice cream cone. 😁🍦

I’ve also been content with my weight gain this pregnancy. Being my third I was so worried I was going to gain even more weight and at the age of 35, would have a harder time losing it. So far running and staying active have helped and I am so thankful for the ability to continue running and being active; bedrest or restrictions would killlllll me. So praise for that!

Not a great picture but saw these babies bedded down in a yard in town on one of my early runs last week: 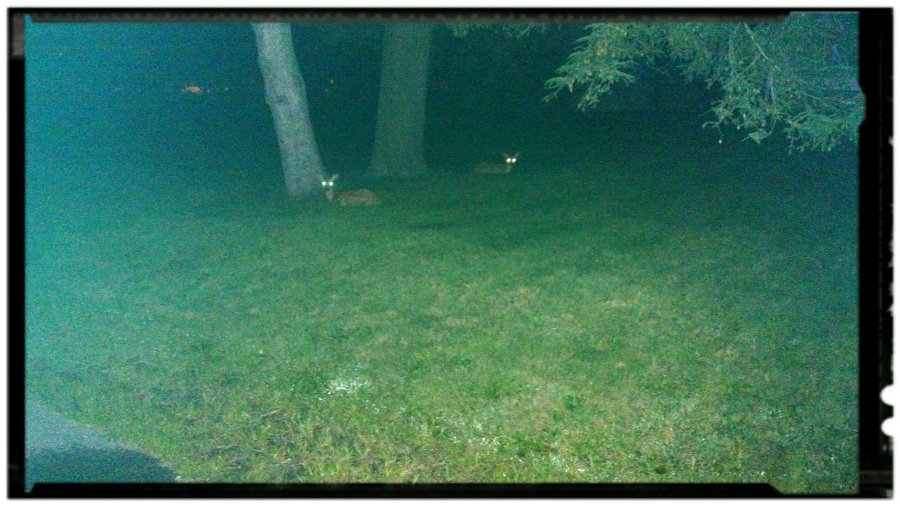 And I didn’t get a picture of my fluffy black and white friends I ran into on my early run on Monday this week. You all know how much I hate skunks!? Ran into a pair of them, with one of them running directly AT me! You want to see this fat girl run…it was definitely the fastest (block) I’ve ran in a while! 😂

Last but not least, I promised to share another squash recipe with you. One of my favorite summer side dishes and thankfully even the kids love it too!

Melt butter in a large skillet; add onion, peppers, garlic, salt & pepper and cook until vegetables are softened (about 5 min).
Stir in zucchini and squash and cook until tender (approximately another 6-10 min).
Stir in corn and cream, let simmer without stirring until the liquid evaporates and vegetables are slightly browned. (Approximately 7-10 min)
Season with salt and pepper to desired taste and sprinkle with feta cheese before serving.

The original recipe called for a few things that weren’t available in our small town grocery store so I used what I had/wanted and like how it turned out! But if you wish, you could make with a poblano pepper in place of the jalopeno/Hungarian peppers I used. And it also called for cotija cheese, which is similar to feta anyway. The original recipe also stated you could serve with lime wedges if you wish, but I never have.

This really is not a difficult dish and so very yummy and fresh! Enjoy! 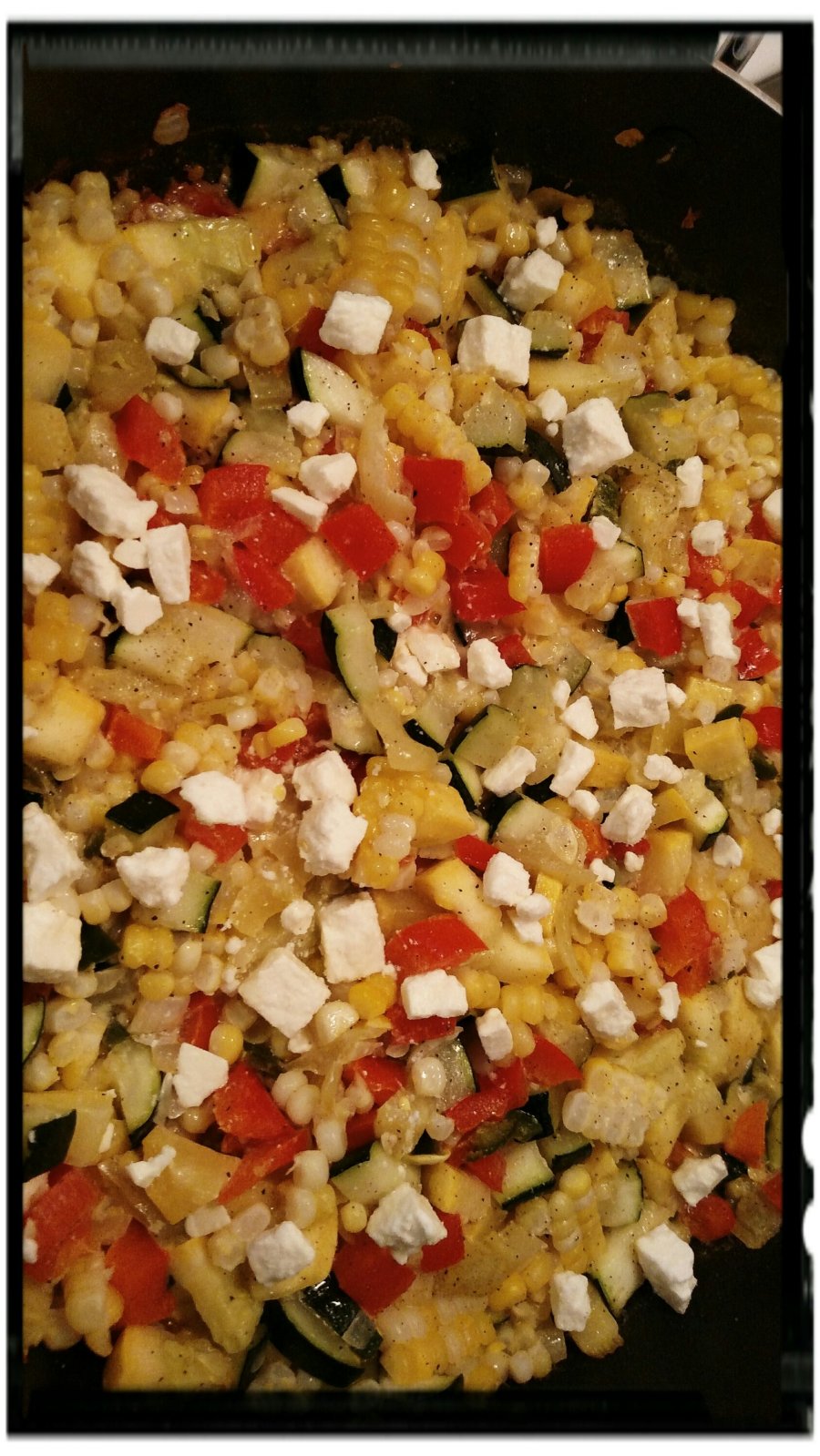