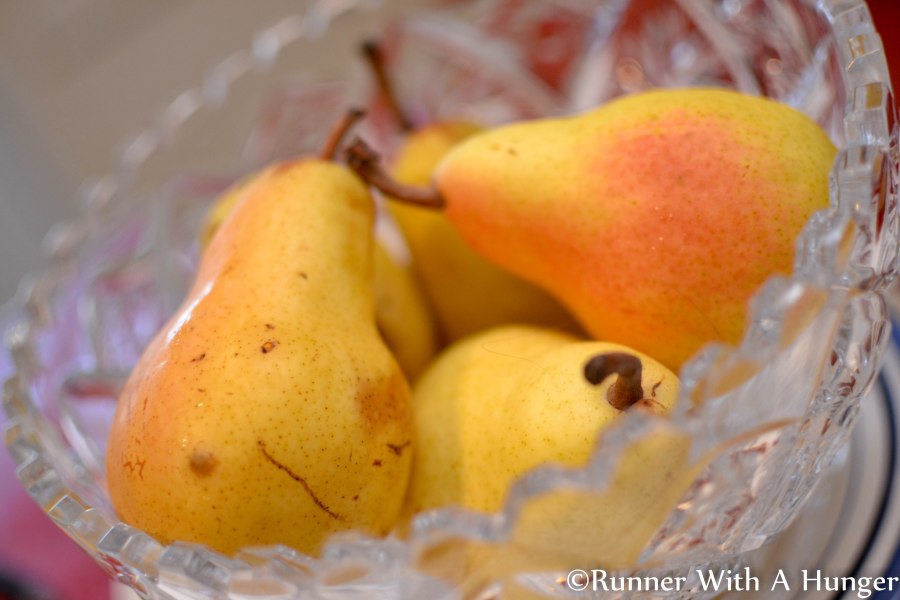 Well, sometimes you win some – like grand slam, out of the park – and sometimes you lose some…like big fat flop. In reference to food, we had some of both this weekend.  It had been a while since I had such a baking flop! I was so excited to make Carrot Cake Cheesecake for a special birthday this weekend, as I’ve made it in the past and its super yummy!  I put a teaser on Facebook and couldn’t wait to share a picture of the finished product with you all… but perhaps I was a little too proud of my baking abilities.  It definitely was NOT picture worthy…edible, but not picture worthy.  Honestly, it could have benefited from a few extra minutes in the over (as if 15 extra minutes wasn’t enough already).  Oh well, like I said, ya win some, ya lose some…live and learn.  Thankfully the celebration was with my family and they were all kind and said it was delicious; but I have tasted it when it was delicious and this did not measure up!  Hopefully it will be share-worthy next time I make it!

On to the things that were share-worthy:

Fresh sautéed pears over French toast for Sunday morning breakfast hit the spot after a quick 10 mile run.  It was a crisp, beautiful December morning at 30* and another beautiful sunrise.  They aren’t all brilliantly vibrant in color, but they are all beautiful.  The run was exactly what I needed as I felt God ‘fall fresh on me;’ needed to feel renewed and to destress. 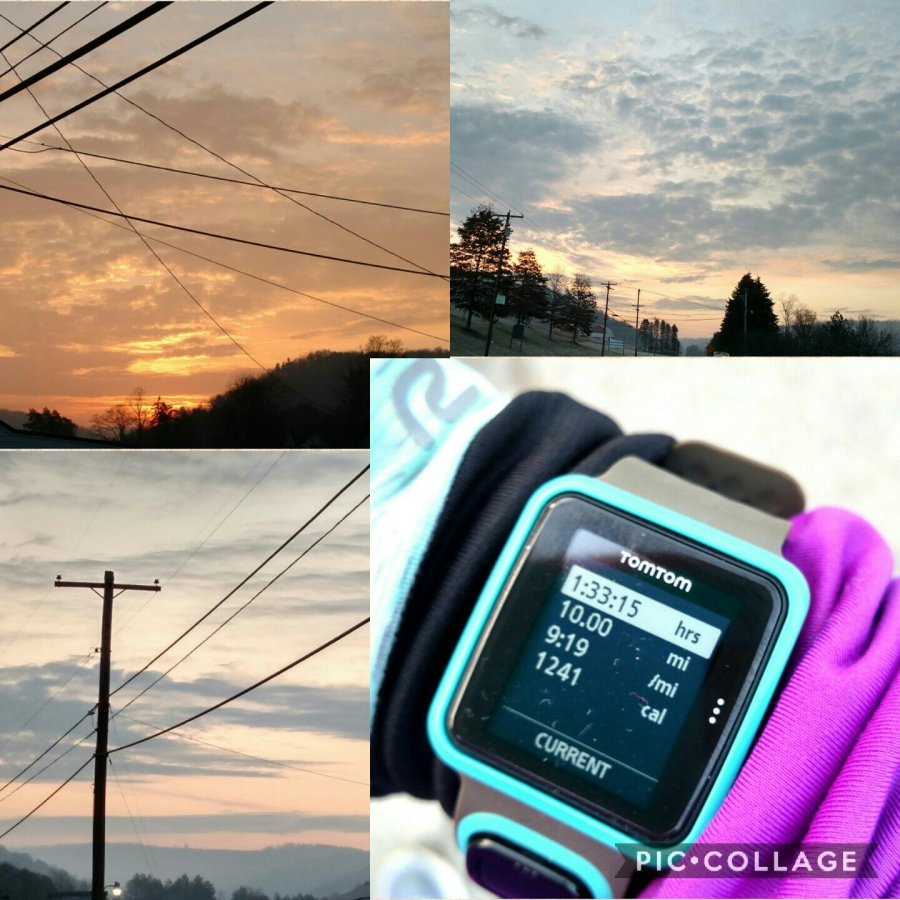 For the birthday celebration my hubby was firing up his new smoker that he built himself a couple months ago.  His tastiest creation so far has been this melt-in-your-mouth, super tender and moist, bursting with flavor, beer-can-chicken.  It is seriously so good- like the grand slam, out of this park good I mentioned earlier; by far the best chicken I’ve ever had.  Honestly, he doesn’t really ‘know his way around the kitchen,’ so for him to prepare two rubs and a marinate to inject into the chickens, all by himself – and have it taste this amazing, I am super impressed!  I’m going to have him share more details on his homemade smoker and beer-can-chicken recipe in the near future….stay tuned. In the meantime, this is for your viewing pleasure (and if there was only a way for you to smell the aroma that lingered around the outside of our house)… 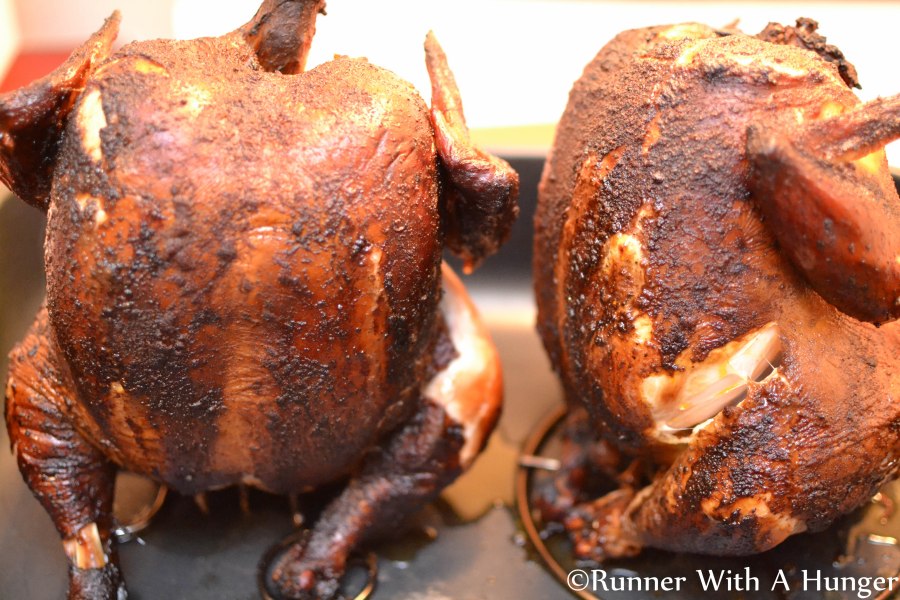 I also had the pleasure of helping my little chef, Lila, create her own pasta salad side dish to go with dinner…stay tuned for more on that later in the week.  And lastly, my sister-in-law brought the tastiest oven roasted, maple glazed mixture of vegetables; they were so good everyone, including the kiddos asked for seconds! I might be able to share that recipe in the near future as well!  Lots of yummies to be on the lookout for!

Finally, here is the recipe for the pears we enjoyed for breakfast.  The recipe was adapted from Annie’s Eats, which is one of my favorite food blogs (she now offers more than just recipes…).  In her recipe the pears are intended for a homemade granola, which I have made before and is very satisfying as well; I would recommend it!  They would also be a great topping for waffles or in a ‘stuffed French toast,’ perhaps on pancakes as well….or even ice cream (sweet after thought)! 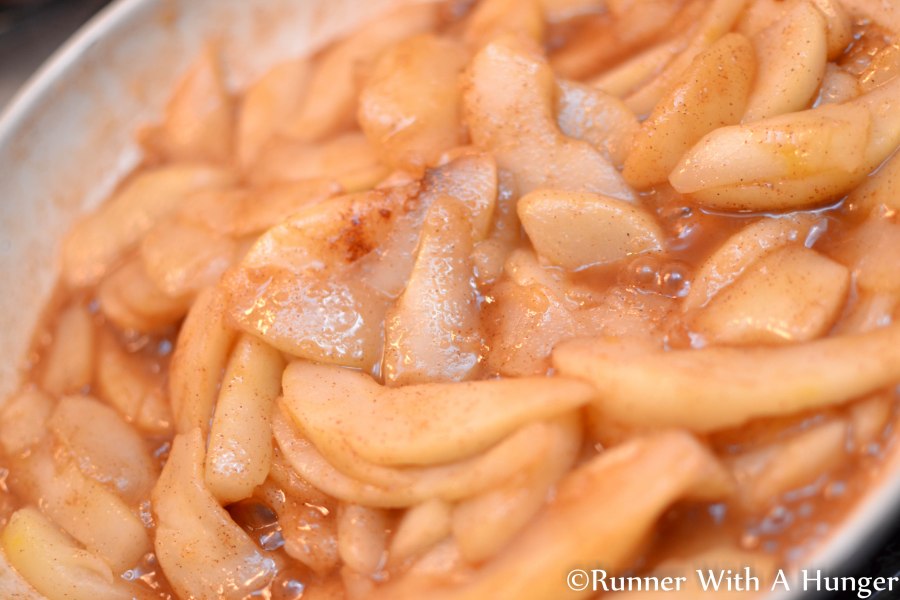 Melt butter, add pears, cook over medium heat, stirring occasionally until pears start to soften, edges begin to appear translucent, and juices are released.  Then stir in the honey, vanilla and cinnamon until well combined. Continue to cook a few more minutes.  Enjoy. 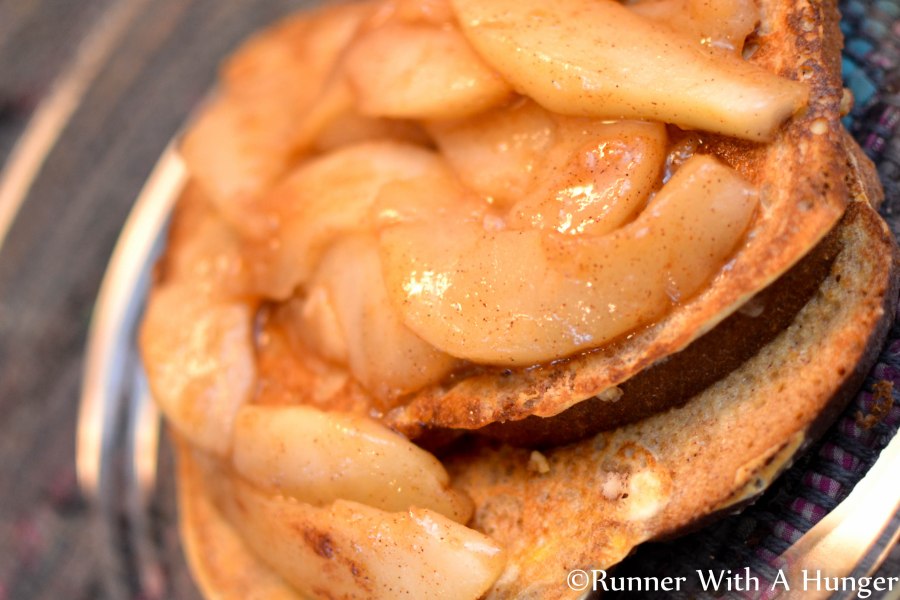 Join 33 other subscribers
Follow Runner With A Hunger on WordPress.com